While there has been a garden in this location since the mid-18th Century, the garden you see today was created in the 1820s to provide the Castle household with all of its fresh produce (an earlier vegetable garden was situated between the Castle and the sea). At its peak during the Victorian era, the Walled Garden would have had between 15 and 20 staff, with additional seasonal staff brought in to help at peak periods.

These temporary staff would have been housed in the little bothies in the ‘frame yard’ area of the garden. Today only the frame yard (or kitchen garden, as it is now) is used for growing vegetables while soft fruit, such as apricots, grapes, and nectarines, are grown in the long sloping glasshouses in the main part of the garden. 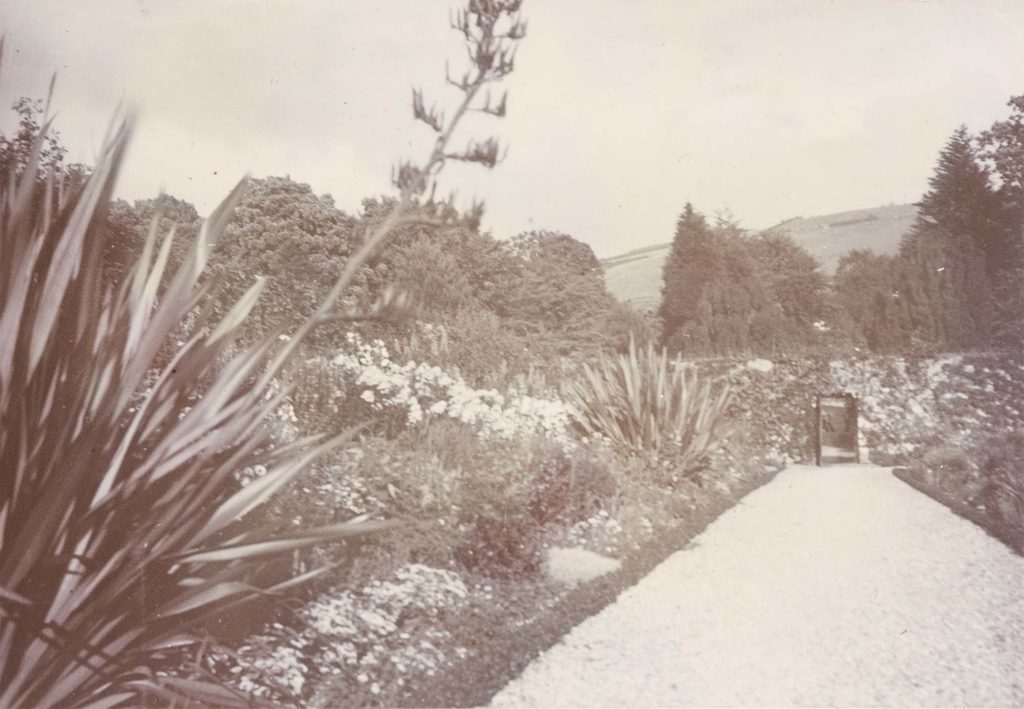 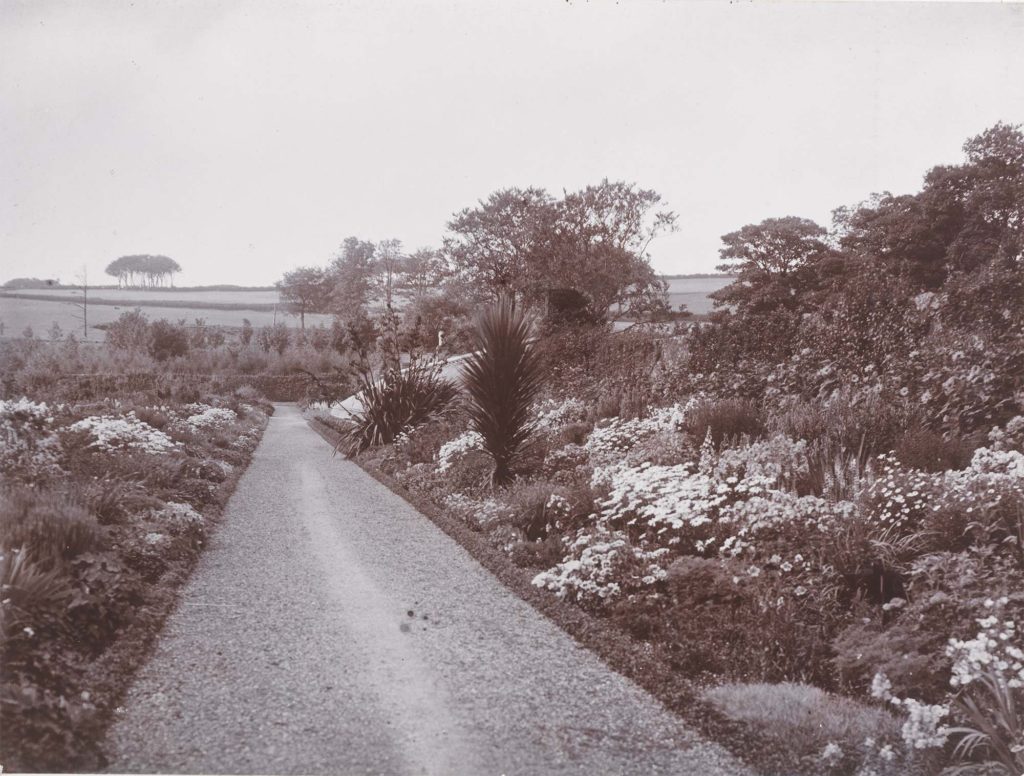 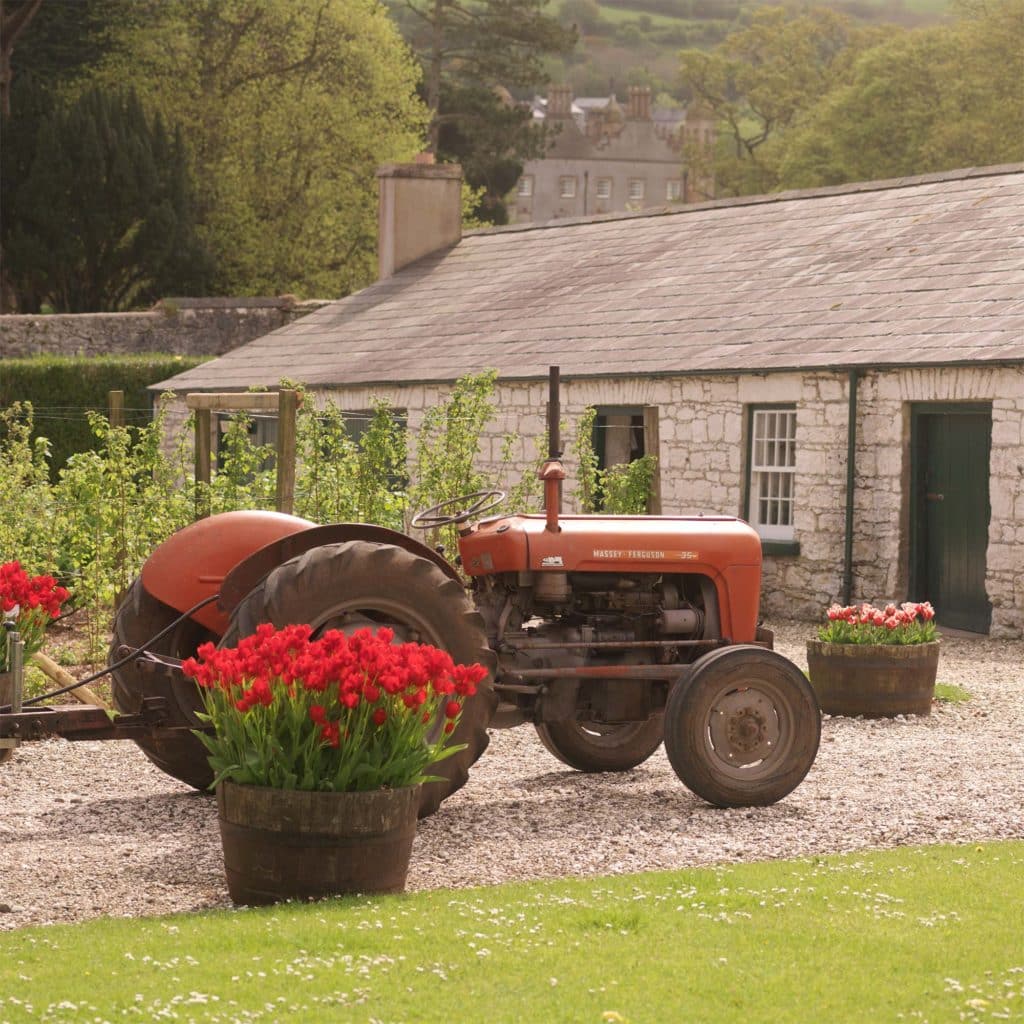 At the top of the frame yard sits the house in which the Head Gardener used to live and at the bottom is the old mushroom house (now our Tea Room) in which mushrooms would have been cultivated in dark, damp conditions.

By the mid to late nineteenth century, once the Antrim Coast road had been built, it was much easier to obtain fresh fruit and vegetables via road, so more of the garden became devoted to ornamental planting. All that remains of the original garden today, apart from the walls and buildings are the impressive yew circle, planted around the 1820s, which surrounds the herb garden and the circular beech hedge around the fountain, as well as the serpentine beech hedge leading up to it. These were planted by Randal, 13th Earl of Antrim in the 1960s.

By the 1930s, under the stewardship of Head Gardener David Wilson and his 11 staff, the Walled Garden was run on a commercial basis selling large quantities of fruit and vegetables at St George’s Market, Belfast. During the Second World War when 2,000 troops were billeted on the estate, much of the produce was then used to feed the soldiers.

By the time the present Lord Antrim became resident of the Castle in 1992, however, the garden had become neglected and had fallen into a state of disrepair. Indeed, sometimes cattle and sheep were brought in to graze it. 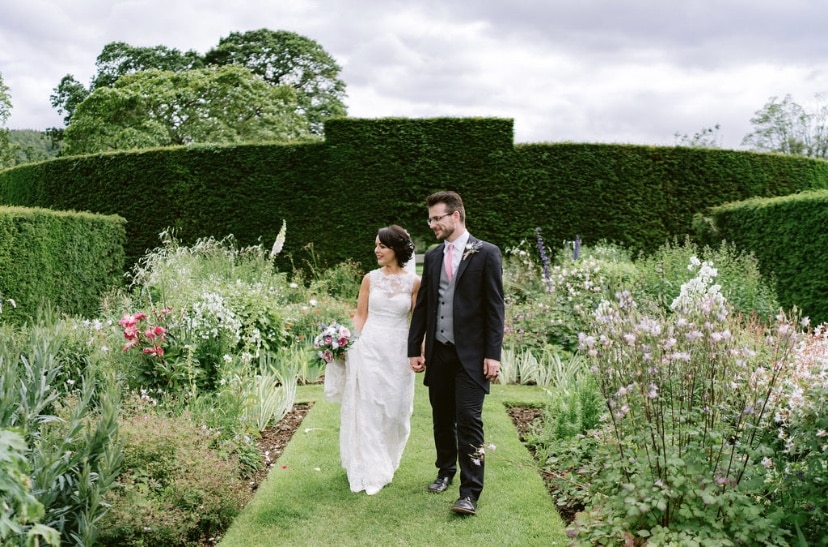 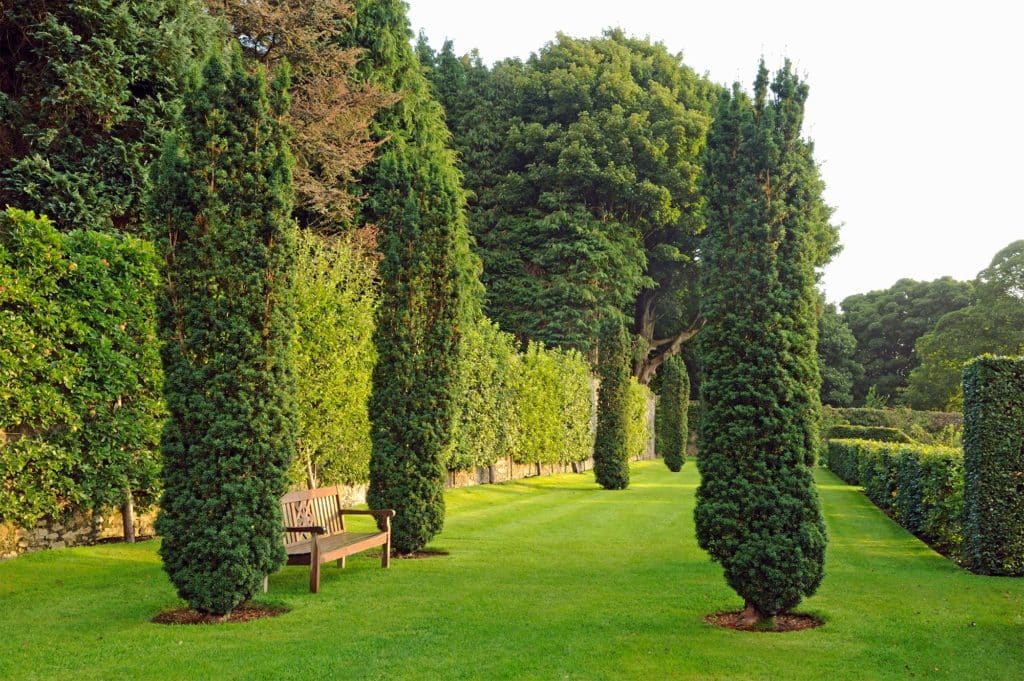 Since 2001 Lord and Lady Antrim (formerly Viscount and Viscountess Dunluce), together with a dedicated team, have gone about restoring the garden opening it to the public for the first time in 2005. Virtually everything you see today has been planted over the past two decades.

Today the main garden features decorative herbaceous borders – each with their own distinctive colours and specimens. In recent years, with the help of garden designer Catherine Fitzgerald, we have created a series of decorative fruit gardens echoing the garden’s original purpose. These six garden ‘rooms’ contain ornamental plantings of fruit trees including a pear garden, a medlar garden and an apple orchard and in the final room, at the top left hand corner of the garden a ‘Mount’ has been created from which there is a bird’s-eye view across the park and up the glen.

A few years ago the sculpture of Madonna & Child by Angela, late Countess of Antrim (wife of the 13th Earl of Antrim) was moved from its position outside the castle to the middle of the bottom border. A talented artist, Angela sculpted this when she was only 16 years old, indeed the Castle is filled with her murals and sculptures. Since then we have added new features to the garden each year including oak sculptures by local craftsman Corin Giles, such as The Obelisk in the apple orchard. We are currently planning a new history garden with sculptures featuring some of the characters from the McDonnell family’s colourful history.

We certainly haven’t stopped evolving the Walled Garden and hope you will return each year and discover something new.